Located in the northwest corner of Massachusetts, on the border of New York and Vermont, Williamstown is a picturesque village nestled in the Berkshires. The home of Williams College, the Williamstown Theatre Festival, the Sterling and Francine Clark Art Institute, and so much more, Williamstown is a place of art, culture, tradition, and fun.

Williamstown has deep roots in American history, with the earliest settlements dating back to 1750.  Back then, the area was a heavily forested wilderness, but it quickly developed into a town of industry, tourism, and education.  After the end of the French and Indian War, sometime around 1760, an increase in settlement led to more land being divided and cleared, and farming became the dominant way of life in the valley, while mills and professional offices were slowly established.

In 1765, Williamstown was officially incorporated, following the passing of Colonel Ephraim Williams, who bequeathed funds for the founding of a local free school. The school opened in 1791 and became Williams College in 1793.

Today, with a population just over 8,000 including students, Williamstown continues to be known for the scenic beauty of its surrounding mountains, for Williams College, and for the cultural attractions of its Theater Festival and the Sterling and Francine Clark Art Institute. 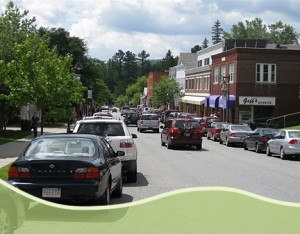 Today, the heart of Williamstown lies within its geographic center.  Williamstown’s “Downtown” is made up of the shops, restaurants, offices, and campus buildings that lie roughly between Spring Street and Water Street, bordered to the North by Main Street, and to the South by the Taconic Golf Club. 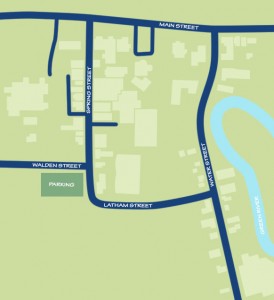 Within these borders, residents, students, and toursits can find some 15 restaurants, 25 shops, and 25 local businesses.  Downtown Williamstown is also home to fun events like Summer Sundays at 6, when Spring Street transforms into a pedestrian fair with activities, shopping, and lots of fun. 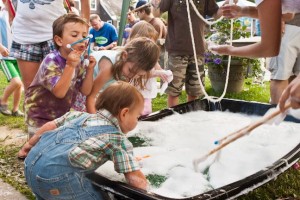 Year round, you can Shop, Dine, Play, Live, and Work in Downtown Williamstown.  Check out the Directory to find out where.